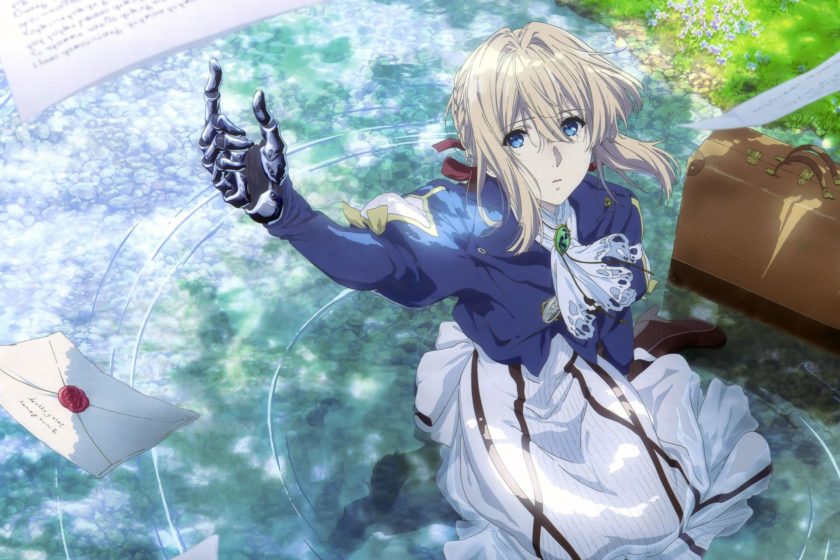 The official website for Kyoto Animation’s Violet Evergarden: The Movie anime film project announced on Friday that the film’s original January 10, 2020 release date has been delayed. The anime’s production committee emphasized in the online statement that production work on the movie still continuing, and the committee plans to announce the new opening date later.

The franchise’s separate side-story anime, titled Violet Evergarden: Eternity and the Auto Memories Doll (Violet Evergarden Gaiden: Eien to Jidō Shuki Ningyō), opened in theaters in Japan on Friday. While theaters originally planned to screen this anime for two weeks only, the anime will now run for three weeks, from September 6 through September 26. The anime held its world premiere as planned at the AnimagiC convention in Mannheim, Germany, which ran on August 3 and 4. The AnimagiC organizers said that they went ahead with the premiere “at the express request of the studio.”

Kyoto Animation’s 1st Studio building suffered a fire on July 18, killing 35 people and injuring 33 others. Kyoto Animation has opened an account to accept donations, which raised 620 million yen (about US$5.7 million) in its first two days, and has received a total of 965.63 million yen (about US$8.87 million) from 47,991 donations as of July 29. The company will give the funds to families of the deceased and injured victims of the fire, as well as for rebuilding.

Kyoto Animation’s television anime adaptation of author Kana Akatsuki and illustrator Akiko Takase’s Violet Evergarden novels premiered on television in Japan and on Netflix in some territories in January 2018. The anime launched on Netflix in the United States in April 2018.