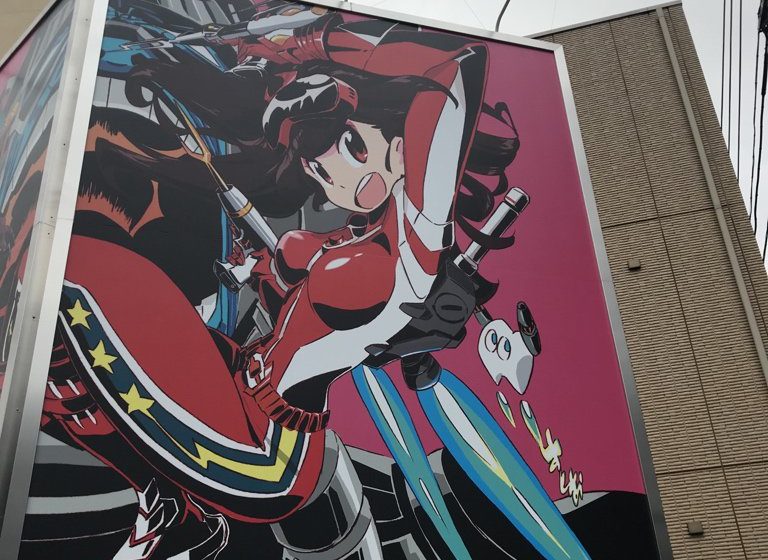 Trigger animator and illustrator Sushio posted several photos on Twitter on Thursday showing an illustration he drew for a billboard advertisement. The ad is for a dental clinic named “Momoi Dental Clinic,” which is located in Tokyo’s Suginami ward.

The advertisement displays Sushio‘s iconic style for his illustration work: bold colors, avant-garde mechs, and cute characters with round faces and mouths. To be honest, the art is actually tempting me really badly to drop by…

Sushio worked for Gainax before working at Studio Trigger. At Gainax, he served as a key animator for Gurren Lagann and Panty & Stocking with Garterbelt, among other titles. At Trigger, he served as the character designer and chief animation director for Kill la Kill, and the lead animator for Kiznaiver.

Outside of the anime business, Sushio has been involved in multiple advertisements and collaborations, including an Evangelion-themed jigsaw puzzle and a music video for a horse racing entertainment site.