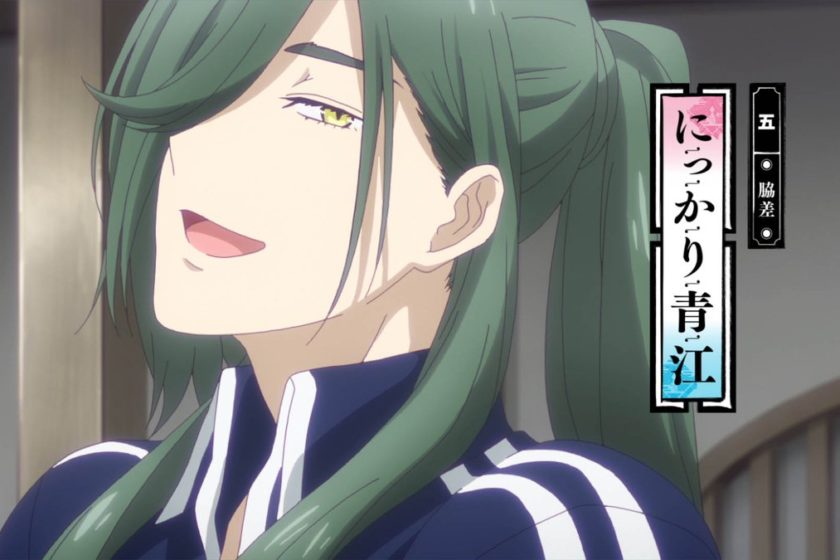 The Marugame Castle in Kagawa Prefecture is famous for having the tallest stone walls in Japan. Unfortunately, they suffered damage last year from heavy rain. As reconstruction efforts are underway, the castle’s official website announced on May 7 that the Nikkari Aoe sword will be displayed to the public between June 1 and 9.

The Nikkari Aoe is the name of a famous Japanese sword owned by the Marugame Kyōgoku clan. It is also the name of a Touken Ranbu character.

The Touken Ranbu browser game and anime franchise is showing its support for the Marugame Castle’s wall reconstruction with a brand new illustration of Nikkari Aoe (the character) that was released on the franchise‘s official Twitter account on May 17.

Nitroplus is also selling A4-sized clear files with the aforementioned illustration as a charity item. These clear files will be sold at Marugame Castle’s event space. All proceeds will go towards the wall’s reconstruction.

The reconstruction is expected to be completed by 2023.

Touken Ranbu is a “sword personification training game” published by DMM that takes famous swords from Japanese history and interprets them as bishōnen. Nitroplus designed the characters and scenario. The game launched in Japan in 2015 and it has more than 1.5 million registered users.