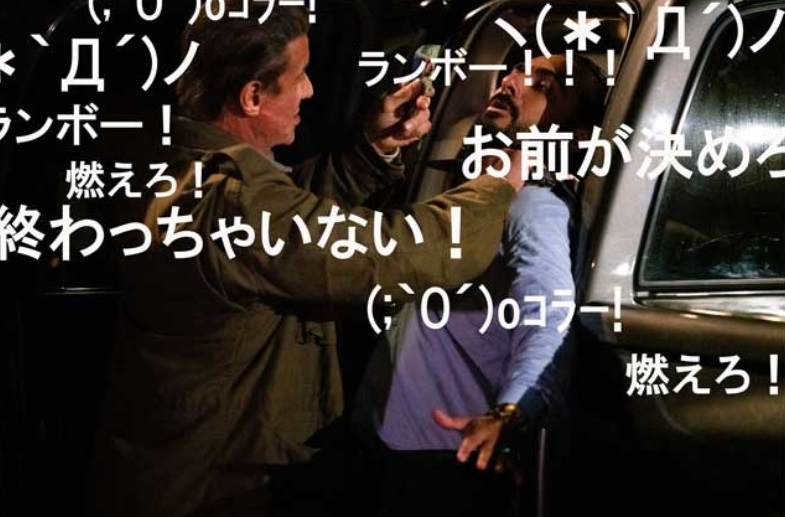 While in many countries audiences are expected to cheer, gasp, laugh, or even cry while watching films on the big screen, in Japan moviegoers try to keep their reactions non-audible, so as not to intrude on the personal viewing experience of the people sitting around them. That’s not to say movie fans in Japan can’t understand the appeal of a more vocal atmosphere, though, and so movies that a large or loyal enough fanbase often get revival screenings where theaters explicitly announce that noisy reactions are allowed and encouraged, as has happened with Frozen, Shin Godzilla, and Commando.

In their heart of hearts, the Toho Cinemas theater in Tokyo’s Ikebukuro neighborhood would have liked to give Rambo: Last Blood the same treatment this month. But with coronavirus precautions making even conversation with strangers a risky proposition, it’s really not a good idea for a bunch of people in a closed room to be shouting for an hour and a half, expelling excess breath and perhaps saliva too as they cheer on Rambo’s latest revenge rampage.

So instead, Toho Cinemas is breaking with standard theater etiquette in a different way by encouraging people to text during the movie, and superimposing their comments on-screen for everyone to see. 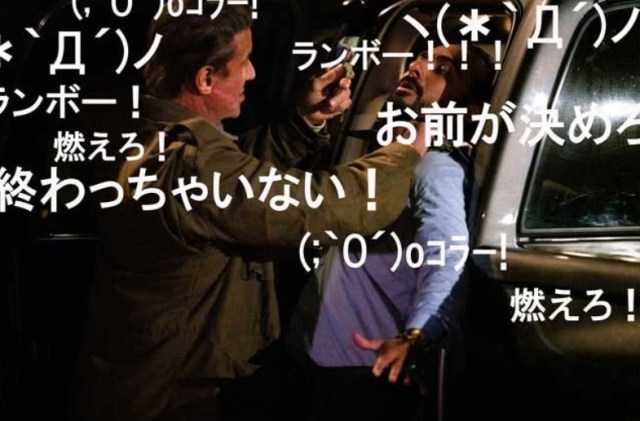 “In keeping with coronavirus precautions, we will not be able to hold a ‘shouting’ screening, as we’d originally hoped,” said Toho Cinemas in announcing the event. “So instead, we will be offering a new way to enjoy the movie while sharing your reactions and emotions by projecting the voice of your heart, in written form, onto the screen.”

The screening is a joint project with Dwango, owner of popular Japanese video streaming site Niconico Douga. While it may not match YouTube’s sheer number of videos and users, Niconico has stayed relevant in Japanese pop culture by displaying viewer comments on-screen, and a similar system will be used for the Last Blood screening, with viewers asked to sign in to Niconico Douga before the movie begins, access a special site just for attendees of the screening, and then use their phone to submit their messages, which will then float across the screen.

Toho Cinemas says it plans to hold more “Super Cheering Screenings,” as it’s calling the text message events, in the future for other titles, but the experiment kicks off with the Last Blood screening on September 11 at 7:30 p.m., with tickets available online here.

Source: Toho Cinemas via IT Media