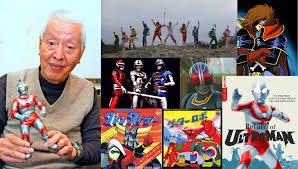 Screenwriter Shozo Uehara passed away on January 2 due to liver cancer. He was 82. His relatives held a private funeral led by his son Keitarō.

Uehara was born in Okinawa in 1937. After graduating from Chuo University, he joined Tsuburaya Productions In 1965, and wrote for many of the company’s earliest productions, including Ultra Seven and Kaette Kita Ultraman. After becoming a freelancer in 1969, he also wrote many of the entires in Toei‘s Super Sentai tokusatsu series, including the first entry, Himitsu Sentai Gorenger, until 1981’s Taiyo Sentai Sun Vulcan. He also wrote many episodes from the 1978 Spider-Man tokusatsu series, and some episodes of Kamen Rider BLACK.