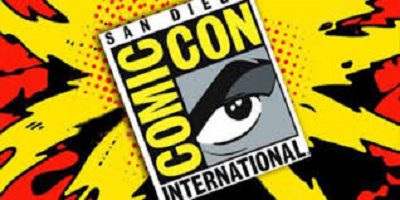 The organizers of the San Diego Comic-Con convention announced on Friday that this year’s event has been canceled due to the new coronavirus disease (COVID-19) situation and California Governor Gavin Newsom’s statements. This year’s event was originally scheduled for July 23-26 at the San Diego Convention Center. Customers who purchased badges for Comic-Con 2020 will have the option to request a refund or transfer their badges to next year’s event, which will take place on July 22-25, 2021.

The situation also affects Comic-Con’s renovation of Balboa Park’s Federal Building for the grand opening of the Comic-Con Museum in summer 2021. The organizers are rephasing the museum’s planned major renovations, but they will not scale back the visitor experience for the opening.

Los Angeles Mayor Eric Garcetti announced on CNN on Wednesday that the city may ban large gatherings until 2021 due to COVID-19. Garcetti stated that “it would be difficult to see” large gatherings resume until a vaccine or pharmaceutical intervention is available, or until herd immunity develops.

California Governor Newsom had announced at a press briefing on Tuesday that large events in California this June, July and August are “unlikely.” Newsom stated that the prospect of mass gatherings is “negligible until we get to herd immunity and… a vaccine.”

Another large event scheduled for this summer in California is Anime Expo, which is slated for July 2-5 in Los Angeles.

The organizers of the Colossalcon convention also announced on Friday that this year’s event is postponed to September 2 to 6. The event was originally scheduled for June 4-7 at Kalahari Resort in Sandusky, Ohio.

Following Germany’s nationwide ban on major events until August 31 due to concerns about the spread of COVID-19, the Gamescom video game trade fair announced on Thursday that it has canceled this year’s on-site event. Tickets for the event will be refunded. The organizers will reveal information within the next few weeks about a digital Gamescom event. Gamescom 2020 was originally scheduled to take place from August 25 to 29 at the Cologne Exhibition Centre in Germany.