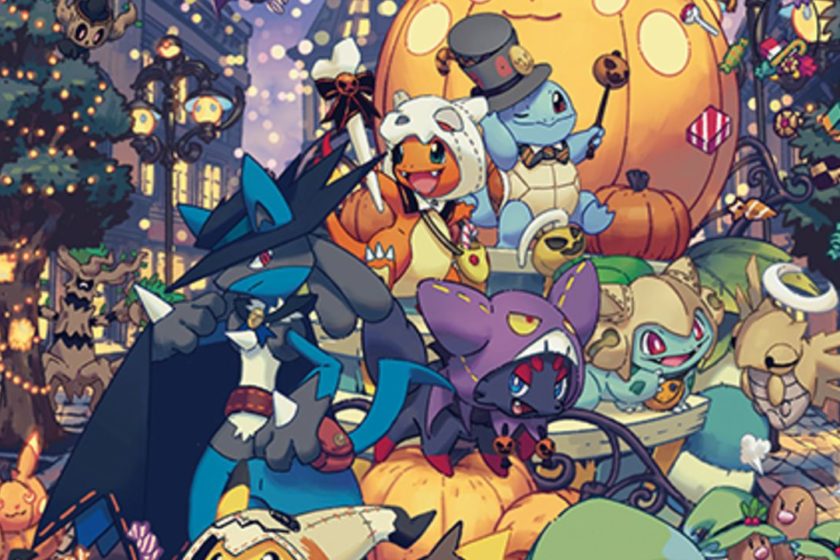 We’re in the last throes of summer and that means one thing: Halloween season. The Pokémon franchise often gets into the spooky spirit of October with Halloween celebrations. This year, Pokémon Centers will roll out Halloween festivities and merchandise on September 7. Fan-favorite Pokémon are dressed up for a night of candy collecting. Pikachu has transformed into Mimikyu, Lucario is dressed as an Aura Guardian from Pokémon: Lucario and the Mystery of Mew (my favorite movie in the franchise, by the way), Celebi is dressed as a hero with a motif inspired by its surroundings in Celebi: The Voice of the Forest, Bulbasaur is dressed as Shedinja, and Zorua is wearing a Crobat costume. Pokémon Centers will introduce merchandise of the trick-or-treating Pokémon on September 7. The Pokémon Center Halloween Campaign will run until October 31. Customers will receive Lucario Halloween art boards with every purchase of over 4,000 yen (US$38). Starting on October 12, customers that spend over 4,000 yen will receive one of six Pokémon guitar pick keychains. Merchandise inspired by Electric-type Pokémon and their Battle of the Bands looks will go on sale on October 12. Staff will reveal more information on September 27. Special guests will appear at the stores on the weekends starting on September 7. Lucario will appear in costume to greet customers until September 29. Then, beginning on October 5, Zeraora will appear ready to rock out in his pretend band gear.