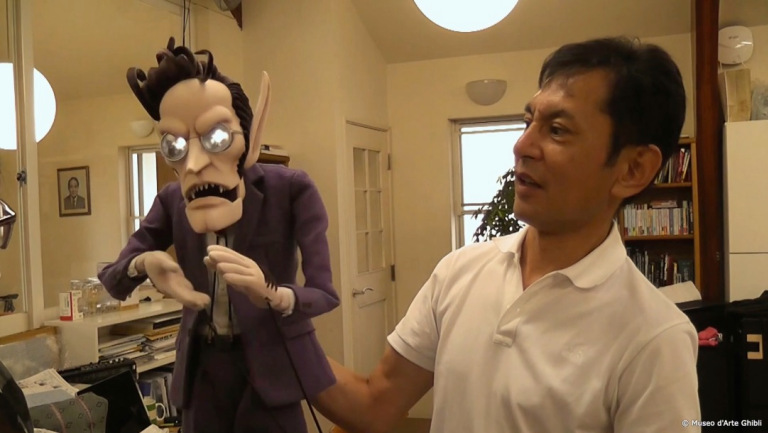 To celebrate the big debut of Goro Miyazaki’s Aya and the Witch CG feature, the Ghibli Museum is planning something very special: a puppet show featuring the characters from the movie!

As it turns out, Goro is not just a talented director and landscaper (yes, he worked as a landscaper, even helping to design the Ghibli Museum in 1998, before deciding to follow in the footsteps of his famous father). He’s also skilled with puppets, having performed puppet shows back in his student days.

Now, Goro is directing the staff at the Ghibli Museum, who will be helping him put on an Earwig and the Witch Puppet Show, with some awesome-looking puppets that come with glowing eyes.

You can check a clip about the puppet show below. The clip shows Goro working the beautifully made puppets like an experienced pro. All the main characters make an appearance, including the star of the show, 10-year-old orphan girl Aya (played by 13-year-old Kokoro Hirasawa in the film).

The video then shows staff at the Ghibli Museum practicing their vocals and familiarising themselves with the puppets in preparation for the puppet show, which they hope to perform in January 2021.

At the moment, the Ghibli Museum is closed for maintenance, with the official re-opening date yet to be announced, so we’ll have to wait and see whether this means the museum will be opening at the beginning of next year.