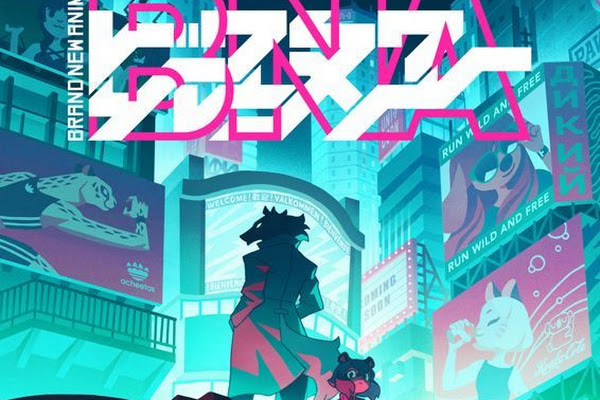 Yoshinari drew the character line art for the below visual for the anime. Canadian artist Genice Chan drew the backgrounds and handled color design for the visual. Yoshinari revealed at the panel that the name of the female character in the above visual is Michiru.

Yoshinari debuted as a chief key animator on Neon Genesis Evangelion, and was a designer and animator on many Gainax works. He made his directorial debut with the Little Witch Academia film, for which he also served as original creator and character designer. The film inspired a sequel, Little Witch Academia: The Enchanted Parade, and a television anime.

Trigger’s most recent work is Promare, the studio’s first feature-length film. Trigger screened the film at Anime Expo earlier today prior to the panel, and Otakon will also screen the film this month. GKIDS and Fathom Events will screen the film in North America on September 17 and 19 with both English subtitles and a dub. The film opened in 200 theaters in Japan on May 24, and ranked at #8 in its opening weekend. The film has earned a cumulative total of 731,241,900 yen (about US$6.74 million) as of June 30.