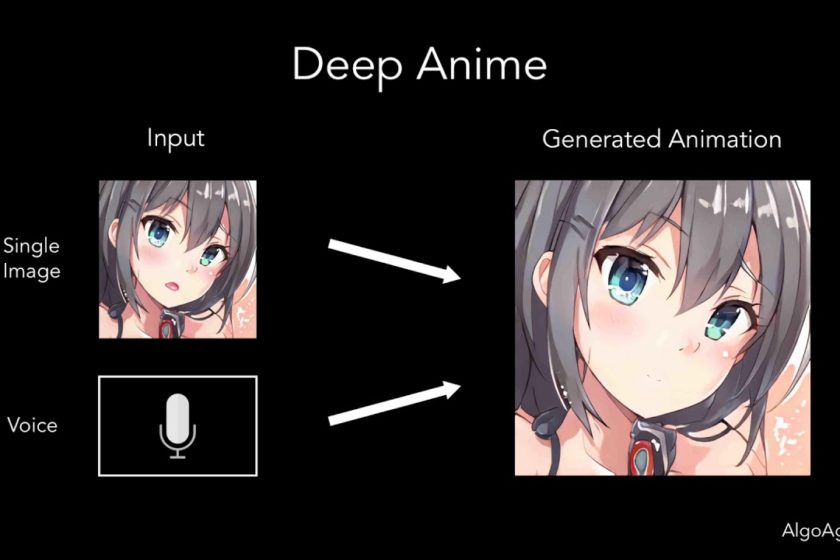 A deep-learning engine can automatically generate talking animation based on a single image and a voice recording. AlgoAge Co., Ltd in Minato, Tokyo debuted the DeepAnime artificial intelligence engine on August 6. The company’s press release states the engine creatures natural animation including mouth movement and blinking with only the two provided assets.

AlgoAge stated that the program can be used for entertainment purposes, like adding your voice to any image to voice the character to professional needs like cost-reduction for games with minimal animation.

The manga publisher Hakusensha has begun using PaintsChainer automatic coloring program for some of its online manga releases.