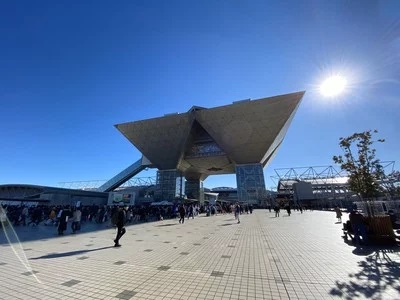 The Comic Market Committee announced on Sunday that there is a possibility that the summer Comic Market (Comiket 98) dojinshi convention will be postponed or even canceled altogether to help prevent the spread of the COVID-19 coronavirus illness. As of Sunday, the committee is still undergoing preparations to hold the event, but it will announce any changes to the convention through the event website and social media.

The English comment from the organizers of the event reads:

…due to the concerns regarding the COVID-19 outbreak, and the government requests for refraining from holding large-scale events issued on February 26 and March 10, and other similar requests or orders that may be issued, there is a possibility that Comic Market 98 may be canceled, postponed or held in a irregular manner.

The committee plans to hold the event at Tokyo Big Sight from May 2 to May 5. The committee already rescheduled the convention three months earlier than usual to accommodate the 2020 Summer Oympics.

Yuruyuri manga creator Namori stated on her Twitter account last Wednesday that she will forego attending Comiket 98 due to her own concerns about COVID-19.

Japanese prime minister Shinzo Abe said on February 27 that the government is asking elementary, junior high, and high schools to close until the end of spring break in early April to contain the spread of COVID-19. The government is also encouraging children and others to stay home and avoid large gatherings for the next few weeks. In March, venues and events such as Tokyo Disneyland/DisneySea, Universal Studios Japan, Ghibli Museum, Sanrio Puro Land, NAMJATOWN, and AnimeJapan are canceled, downscaled, or temporarily closed.

The first reported cases of COVID-19 were in Wuhan, China in December, and then the disease began to spread in varying rates and intensities across many parts of the globe through incubation in human hosts. The World Health Organization (WHO) declared a world health emergency on January 30, and announced on Wednesday that it is classifying the outbreak as a pandemic. As of Sunday, the WHO reported that there are 153,517 infected individuals worldwide, including 72,469 outside China. 5,735 individuals have died from the disease, including 2,531 outside China.

The WHO has reported that the United States has 1,678 cases of COVID-19 with 41 deaths as of Sunday. Japan has 780 cases with 22 deaths. These numbers do not include the number of cases from the Diamond Princess cruise ship docked in Yokohama. That cruise ship had 697 infected passengers with seven deaths.