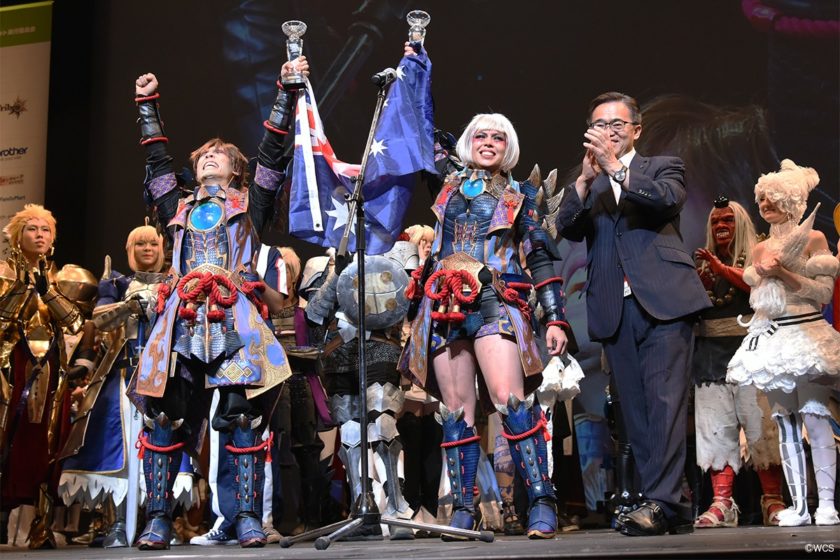 The World Cosplay Summit announced in a Facebook post on Sunday that Australia took first place in this year’s competition. The second and third places went to the USA and France respectively. The finals took place in Nagoya.

K, one of the two winning cosplayers, posted photos from the event and a notice about her team’s victory on Twitter and Instagram.

⭐QUEST COMPLETE⭐
🇦🇺WE DID THE THING!!!🌏

To everyone who has been with us on this journey; to our… https://t.co/SMYGnGkvU5

The World Cosplay Summit is a cosplay festival that first kicked off in 2003. Cosplayers from around the world represent their country in the event to decide the world’s best cosplay. Last year, representatives from 38 countries and regions competed for the largest WCS event to date.