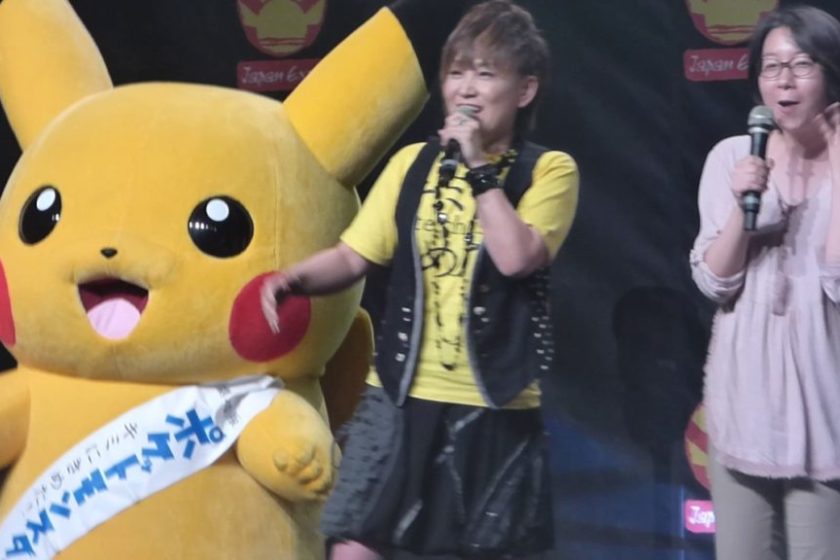 The government of Japan appointed voice actress and singer Rica Matsumoto as a Cool Japan ambassador on October 1. Her formal induction ceremony by Minister of State for Promotion of Local Sovereignty Naokazu Takemoto occurred on Monday. Matsumoto commented: “I will do my best to convey the message that Japan is a wonderful place. I hope that a love of Japanese culture and its people can spread overseas.”

Matsumoto has recently been on overseas trips. Earlier this month, she was in Shanghai for a concert, and in August she attended Otakuthon in Montreal.

Matsumoto is perhaps best known as the voice of Satoshi, the Japanese name of the character Ash Ketchum in the Pokémon anime. She has also performed theme songs for many of the Pokémon anime films and series. Matsumoto is also one of the founding members of the JAM Project band. Matsumoto has also voiced roles in such anime as Yu-Gi-Oh!, You’re Under Arrest, and Outlaw Star, among others.

“Cool Japan” is a program supported by the Japanese government and various companies that promotes modern Japanese culture such as anime and manga abroad. The program revolves around the premise that Japan’s strength in business and international affairs lies in anime, manga, films, fashion, and other fields of Japanese arts and entertainment content. Last month, Fairy Tail voice actress Aya Hirano was also appointed as a Cool Japan ambassador.