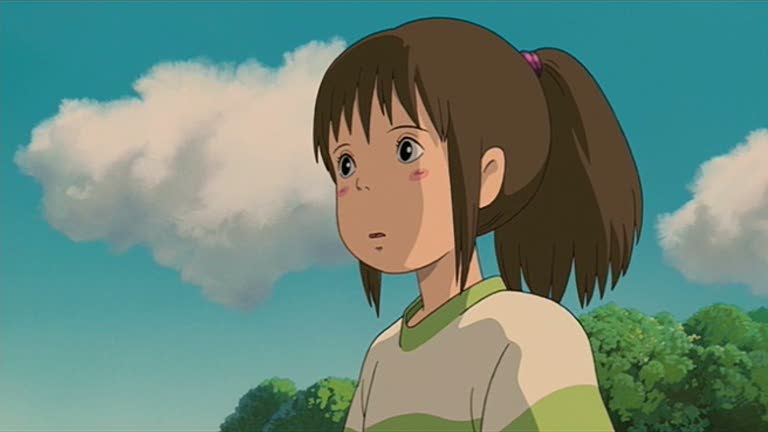 Animation has a long and storied history, one filled with brilliant works of imagination. There are too many genius animated films for the medium to be looked down upon as much as it is in American popular culture. Only three animated films have ever been nominated for the Best Picture Oscar (Up, Toy Story 3, and Beauty and the Beast), and only one (Beauty And The Beast) has won.

Similarly, the Best Animated Feature Film Oscar only came into existence in 2001, after the Academy insisted for decades that there just weren’t enough animated films being produced to warrant a separate award. There have only been 17 winners of this award, starting with Shrek and ending with last year’s Coco. Pixar has dominated the category, with the animation company winning ten of the 17 awards. Even worse, there are usually only three animated films nominated, due to a rule that states that there will only be five nominations if there are sixteen or more films submitted (mostly every other category always has five or more nominations). One can’t help but wonder how many brilliant animated films before 2001 have been ignored by popular culture at large.

Like Up, another one of Pixar’s more recent achievements, Wall-E has a bravura opening. Ingeniously unfolding without dialogue, the film’s first scenes treat the post-apocalypse like a silent slapstick comedy, only the Little Tramp has been swapped out for a squat robot with expressive eye cams. Wall-E is a robot on Earth after its become Trash Planet, a garbage strewn nightmare (and perhaps our  future if we don’t shape up?). Wall-E compresses the world’s trash into tiny cubes using his chest compartment, and then creates epic pyramids of detritus. Until he falls in love.

From there, the film transforms into something more conventional, though still beautiful and moving. (Folks that are afraid of the technology should ignore this one, as it asks you to sympathise with two robots who really care about each other.)

True-story side bar: This writer was once a substitute teacher in a past life, and while subbing at middle school that used block scheduling (side bar within a side bar: Middle school students are monsters) had to screen Wall-E for a number of classes. Because of the long class durations, the film would run in its entirety.

This French film, Sylvain Chomet’s first feature animation, is less for kids and more for adults, and still stands as his greatest work. View it for his animation, one of the most unique styles we’ve seen in years, or for its witty story of a grandma, her dog, and the aged song-and-dance team, the Belleville Sisters, trying to get back a kidnapped Tour de France cyclist.

Forget every movie you think you respect for diverse and interesting characters. Those flicks have nothing on Monsters Inc. Not only is every character visually different and appealing, but their personalities are fully fleshed out—from Sully, the gentle furry giant, to Roz, the dispatcher with a rough-voiced, a slug body, and a beehive hairdo. Monsters Inc is Pixar’s lighthearted romp through another dimension behind a kid’s closet door, where monsters scare kids as a source of power (as opposed to, you know, our electricity).

Despite being quite old, the film remains a visual masterpiece. If you want to see beautiful animated opening credits (something we don’t see enough of, to be honest), pop in this DVD, then check out the scene of the roller coasters of doors at Monsters Incorporated during the climax of the movie. And get ready for the sequel, Monsters University. —TA

Japan’s genius Hayao Miyazaki has plenty of movies that kids of all ages can watch, like My Neighbor Totoro, Ponyo, Spirited Away. Princess Mononoke isn’t one of them. It’s easily his scariest film—in one scene, for instance, a character’s limbs get severed off, and also one of his best.

Japanese viewers of all ages quickly took to Princess Mononoke—it raked in 150 million during its seven-month theatrical run. The scope is epic: After his village gets rampaged upon by a wild boar, a prince named Ashitaka goes on a journey to find a deer god while combating against a wolf god’s destruction of Earth’s landscape.

That’s right, Princess Mononoke is an eco-friendly message movie disguised as a young warrior’s tale. Kids have enough trouble tossing soda cans into the proper recycling bins—they’re definitely not ready for the wrath of the lycanthropic Moro. But consenting adults should seek it out immediately, as it’s gorgeous, brutal, and unlike anything at the American multiplex. —RK

Who doesn’t wish that they could be a kid again? Back in the days of Juicy Juice and Saturday morning cartoons, there wasn’t a care in the world—no bills to pay, people to please, or jobs to devote one’s entire life to. Only fun, toys, and coloring books. So once the realization sinks in that, sadly, it’s no longer “cool” to stage mini-wars with G.I. Joe action figures inside a bathtub, life becomes really fucking hard. That is, essentially, Toy Story 3. The original tagline was: Everything you love will die someday. The end.

In the huge franchise’s third entry, young Andy, the owner of Woody (Tom Hanks) and Buzz Lightyear (Tim Allen), is a college-bound 17-year-old; he’s smart enough to understand that littering your dorm room with toys isn’t exactly an aphrodisiac, prompting Andy to leave all but Woody behind.

Watching Buzz and his inanimate cohorts grieve over their sudden lack-of-presence in Andy’s life brings to mind the viewer’s own toys of old. Imagine what they must be feeling whenever they see you have sexy times from the confines of your bedroom’s packed closet. The only ones that’d understand are Ken and Barbie, no doubt. —MB

Disney’s own version of La Belle et la Bete was the first animated film to catch a nomination for a Best Picture Oscar, and we suspect—without doing much research on the topic—the first film to play at bestiality to be nominated for that award as well.

The G-rated take on the classic fairy tale tells the story of a selfish prince-turned-beast who is cursed by an enchantress for his vanity. To turn him and his castle full of workers back into humans again, he must earn the love of a beautiful woman. Enter: Belle, a kinda feminist (by Disney standards) badass who’s well-read, self-sufficient, and with standards high enough that she doesn’t fall for the town’s brain-dead pretty boy. Instead, she’s into the wounded monster of man who challenges her and treats her with respect. That said, he’s still pretty much a buffalo on two legs. —TA

If this were a countdown of the most important animated movies of all time, Katsuhiro Otomo’s seminal anime Akira could very well be number one. To this day, the film impresses with its David Cronenberg-like grotesqueries and Akira-Kurosawa-in-Hell brutality. This ain’t for kids.

Otomo’s two-hour epic was based on his own manga of the same name, about the fallout from a nuclear explosion in Tokyo. Now called “Neo-Tokyo,” the ravaged city is the playground for a biker gang member who uses psychic abilities to wreak extreme havoc.

Conceptualized on the grandest of scales, Akira is the kind of story that could only be done justice through animation. So, naturally, Hollywood is currently trying to make a live-action version. Before they end up casting Robert Pattinson and making it a blood-free post-apocalyptic romance, pay Otomo’s magnificent flick the respect and attention it still deserves. —MB

And the prize for the first full-length computer-animated film goes to: Toy Story.

In addition to opening the door for other classic movies from Pixar (such as The Incredibles and Monster’s Inc.), the movie’s witty script and groundbreaking images prompted many critics to call it the greatest animated film ever made. And not without reason—27 animators worked diligently on the film, illustrating every detail, down to each blade of grass, to tell the story of the misadventures of two lost toys trying to find their way home.

However, Toy Story‘s greatest achievement is its balance of nostalgia, childhood wonder, and misty-eyed adult humor. That’s the blend every kid’s movie aspires to. —TA

Normally, kids don’t line up to see something that’s a mash-up of Hamlet and the Biblical tales of Joseph and Moses, yet Disney succeeded in making that happen with The Lion King. Guess all it takes is Elton John. Props to Mr. Crocodile Road for letting Disney introduce kids to heavier topics, like a beloved father getting trampled by a stampede of wildebeests. (We’re still not over it.)

The Lion King is one of the most heart-wrenching stories told through American animation, and a staple on the DVD shelves of families across the country. It broke new ground with its use of CGI animation, and went on to spawn one of the most popular (and stomach-able) Broadway musicals ever. It’s the fifth longest-running show in The Great White Way’s history and the highest grossing show of all time. —TA

If you want the math, fine—Spirited Away is the most successful Japanese film of all time, with box office receipts totalling nearly $275 million.

If you want the art, here goes nothing—Spirited Away, Miyazaki’s eighth feature-length animated film, is a pure expression of cinema. It’s a dream the viewer falls into. It takes you to a place you can’t get to by any other means.

The story is simple, as it should be. A little girl, Chihiro, is moving with her family to a new home. On the way, her parents take a detour that deposits the family at what looks to be an abandoned amusement park. From there, Chihiro finds a bathhouse for spirits, where she becomes trapped.

The themes of childhood alienation and loneliness are prominent, but trulySpiritedAway is plain magic. The animation, most of it hand-drawn, feels alive in a way that has nothing to do with computers and everything to do with the power of the human body acting in accordance with limitless imagination, a hand illustrating the impossible.

Be with this movie. —RS